The last couple of months have flown by since my return from holiday. Since August things have changed quite a lot around here, not least due to the fact we have a new family member. 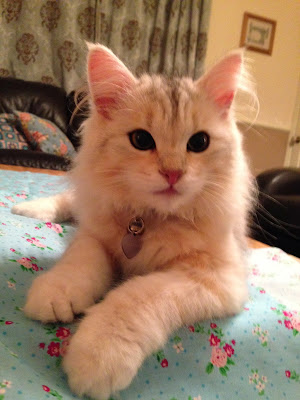 Meet Oskar, my silver tabby Siberian kitten. I mentioned Oskar in a previous post but he is my 40th birthday present (coming up in December *gulp*). I am allergic to cats I have had my eye on this breed for a long time as people with cat allergies tend not to react to this breed. He is a treasure. 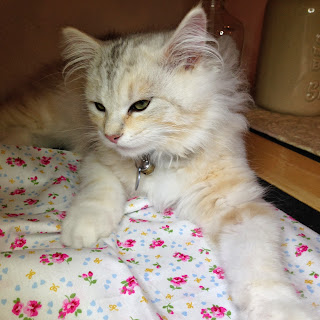 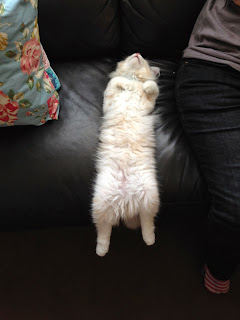 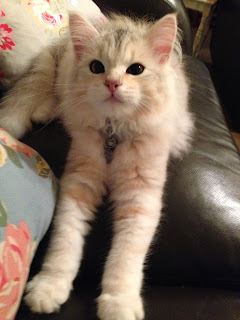 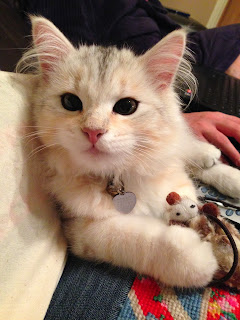 As all kittens he is full of energy and it is like having a toddler in the house again. I have had to look at our home in a new light and move and re-arrange stuff for his and our safety. 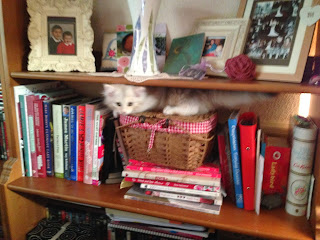 He has mad half hours where he runs from one end of the house to the other and bites and claws everything in his wake, then collapses in a fluffy heap, usually on my bosom for a power nap before starting his rampage again. 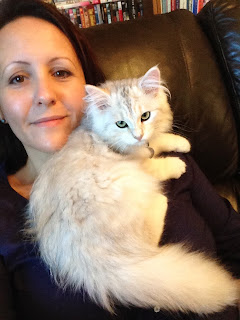 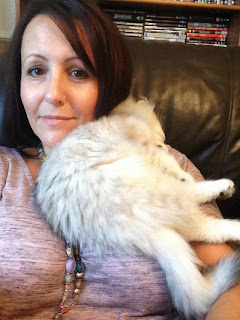 My crafting has taken a bit of a back seat as wool and threads are just toys to him and he has no appreciation for the hours of work he is trying to chew his way through, needless to say I have to put it away. Likewise my cosy autumn evenings with candles all aglow are on hold as we would very quickly have a bald singed kitty. My most precious ornaments have been put away as you would be amazed at the places a little kitten can reach, my home looks like I’ve just moved in! 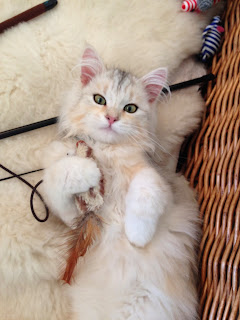 This is his favourite toy, he plays fetch with it like a dog for hours on end!

He will have his little boy op next month and will hopefully become a little calmer then but for now I will have to squeeze in a few little makes when he sleeps. 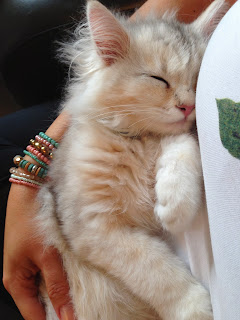 We do have an old lady cat (who I am allergic to) Jessie, she is not terribly impressed at having to suddenly share her home with a mad boisterous kitten, she is getting more used to him but I do feel for her. 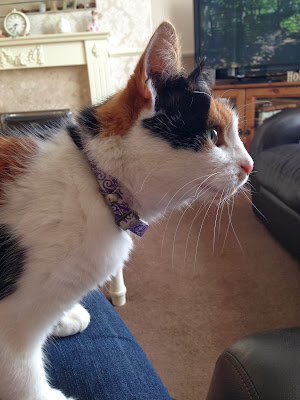 I will be back soon with some recent makes.

Posted by Kandi at 8:30 am 9 comments:
Email ThisBlogThis!Share to TwitterShare to FacebookShare to Pinterest
Newer Posts Older Posts Home
Subscribe to: Posts (Atom)

Kandi
I'm a happily married mother of two boys and two step boys living in the beautiful North East of England. I work full time and love making stuff in the spaces between family, work and sleep. 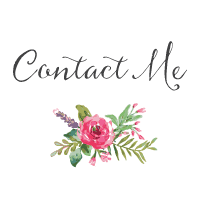 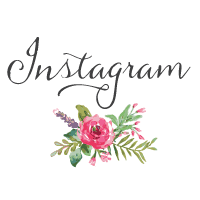 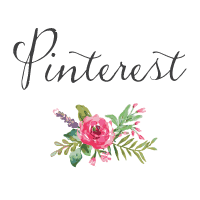 Find me on Ravelry 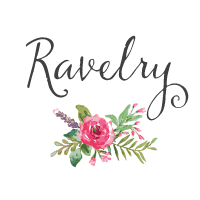 Find me on Etsy 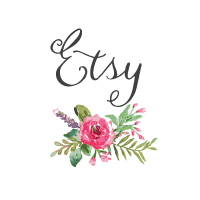 Please feel free to use my photos and ideas for inspiration but please don't distribute my photos and tutorials without permission (you are welcome to link to them), ask first you never know I might say yes ...